Belgrade Nikola Tesla Airport is at a crossroads as it undergoes the biggest infrastructure redevelopment and expansion since its opening, while continuing its recovery from the coronavirus pandemic. Its General Manager, Francois Berisot, told EX-YU Aviation News, “Belgrade Airport’s pace of recovery, even during the pandemic, was above the regional and EU average. The local market has shown a great resilience to restrictions and people were ready to actively travel again as soon as the first opportunity arose, both for business and leisure. The year 2022 is very dynamic as almost all destinations from 2019 have been restored and as many as sixteen new routes have been added, out of which our national carrier, Air Serbia, has eight. If we take into account charter flights to the most popular summer destinations this season, we offer more than 100 destinations from Belgrade Airport. Thanks to all these efforts, we are currently trading at circa 85% of 2019 traffic levels”.

Commenting on the arrival of new airlines, and the airport’s potential to attract several major European legacy carriers which do not currently serve the Serbian capital, Mr Berisot, said, “We observe how the market is developing, as well as customer demand, in order to grow the destination network and connectivity. Belgrade Nikola Tesla Airport is already well connected to major European hubs with several large legacy companies present. We are in regular contact with other carriers and are open for cooperation. Still, it comes down to the airline’s decision whether to introduce flights, based on their business plans”. 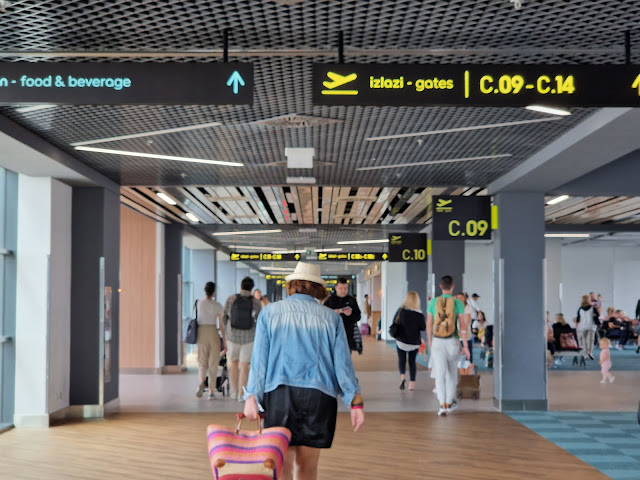 Air Serbia is set to expand its long haul network over the coming months, with the airport working together with the national carrier, as well as foreign airlines, to further develop its offer of far-away destinations. “Development of long haul traffic is of course beneficial to the airport, passengers, the market as a whole and the region. Demand to North America is almost at pre-pandemic levels. It exists for the Far East as well, but it’s necessary for the markets to open up for easier travel. China’s Hainan Airlines has already launched weekly Belgrade – Beijing nonstop flights in July”, Mr Berisot said. He added, “Air Serbia’s hub strategy is aligned with Belgrade Airport’s efforts to support long haul traffic. The national carrier already announced plans for the introduction of flights to Chicago, in April of next year, and for additional services to New York. Of course, we are in constant talks with all the companies that could potentially serve the existing demand for intercontinental flights. Major infrastructure works at the airport are aimed at supporting traffic growth and our expansion program is adding both landside and airside capacity. VINCI Airports is pursuing its proactive policy to boost traffic and to meet passengers’ expectations by accelerating further improvements at Nikola Tesla Airport”.

Earlier this year, the airport opened the extension of its C Pier, while work is ongoing on major projects including the central processor facility, access roads and the inserted runway. “Our passengers, partners and employees have given us very positive feedback on the new extension of the terminal, as it brings many improvements both in terms of comfort and processes. This area is a showcase of how the whole terminal will look like in the foreseeable future. The first commercial and food and beverage facility in Pier C has already opened. Certain commercial premises are tied to the deadlines for the final completion of other works in the terminal, due to contracts with operators who will manage facilities at multiple locations. According to the VINCI Airports concept, which is applied across the network, the focus is on showcasing local offers mixed with globally renowned brands”, Mr Berisot explained. He added, “Our new arrivals floor has enabled us to introduce the open-gate concept in existing parts of our terminal building, which has already paved the way for new F&B and retail offers. The next reconstruction and extension phases will bring a brand-new commercial plaza in the central terminal building and additional space for the introduction of various content. This will materialise in the course of 2023”.

Construction work has been ongoing on the redevelopment of the entire area in front of terminal building since November 2021. “The complete reconfiguration, upgrade and improvement of the access road system will enable faster entry and more efficient traffic flow and will increase capacity for short-term and long-term parking. Parking lots will be equipped with a LED lighting system and chargers for electric vehicles. There will also be “Premium parking spaces” available and additional parking spaces for passengers with reduced mobility. This will significantly improve the quality of service, comfort, and accessibility. The works are being undertaken in phases, and we expect for landside contact car parks and access roads to be completed before the next summer season in 2023”, Mr Berisot said. He noted, “Regarding the inserted runway, final works are in progress, and it is expected to be completed at the end of 2022 and put into operation in Q1 of 2023, while reconstruction of the existing runway is to be completed by the end of 2023. Once that is done, the inserted runway will remain in use as a parallel taxiway, and it will contribute to the increase of airport operational capacities”.

Taiwo Afolabi And Sayyu Dantata’s Mutual Love For The Skies